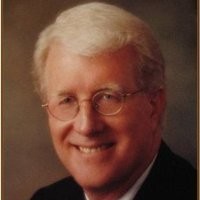 The Session has entered into an agreement with Dr. Mike Ross, a retired pastor with almost 40 years' experience pastoring churches in the PCA, to serve as a part-time interim pastor at Peace Church for 6 to 8 months, beginning in January.

Mike's pastoring experience includes 11 years as Senior Pastor of the 1800 member Christ Covenant Church in Mathew, NC. Following his retirement in 2017, he served as interim pastor of two churches. He is currently finishing a period as Interim Pastor of Westminster Presbyterian in Johnson City, Tennessee where he has helped guide them through the transition following the departure of their pastor and the search for a new pastor.

Mike and his wife Jane now live in Columbus, Ohio. His schedule during his time at Peace would be to drive to Cary on a Saturday, preach on Sunday, work at Peace all week and preach the next Sunday, and drive home on Monday. He would do this once per month. During his week here he would provide training and coaching of the pastoral search committee, review key facets of ministry with the elders, staff, and members, give advice and counsel how to move forward in these key areas including the pastoral model at Peace, be involved in officer training and development of new officers, and training of the Elders in shepherding the flock. Other areas of ministry would be evaluated as time permits.

The Session, Staff, and others that met with Mike during his two day visit with us are excited, enthused, and praising the Lord for bringing him to us and for the help and guidance that he will provide in the coming months as we continue to seek the Lord's direction in this next chapter of Peace Church.

Michael F. Ross is a native of Columbus, Ohio, where he grew up a Roman Catholic and was educated in Catholic parochial schools. In high school, he studied at the Divine Word Seminary in Perrysburg, Ohio, in preparation for the priesthood. He holds a B.S. degree in Business Administration from The Ohio State University, and an MBA in Management from Miami (Ohio) University. Dr. Ross has also done post graduate study in Economics and Public Administration at Memphis State University. He was converted at the age of twenty seven. He holds a Master of Divinity degree from Columbia Biblical Seminary and a Doctor of Ministry degree from Reformed Theological Seminary in Jackson, Mississippi.

Dr. Ross travels annually overseas on preaching and teaching missions and is increasingly involved in the ministry of Church Revitalization in the United States. He is a member of the Central Carolina Presbytery and serves on the Standing Judicial Commission of the PCA's General Assembly. Dr. Ross has authored two books, Preaching For Revitalization and The Light of the Psalms: Deepening Your Faith with Every Psalm, both by Christian Focus Publishers. Dr. Ross has authored the PCA's 50 Days of Prayer since its inception in 2002. Dr. Ross is serving as moderator of Central Carolina Presbytery in 2011-12.

The nominations for the Pastoral Search Committee will start on December 8th and will close on December 31st.  The Session has called a congregational meeting for Sunday, January 12th in the sanctuary at 10:30 AM for the election of the committee.  More details about nominating search committee members will come later.

Dr. Mike Ross, former pastor of Christ Covenant Church in Matthews, NC, will be meeting with the session, church staff, and others this coming Tuesday and Wednesday for the purpose of potentially serving as a part-time interim pastor and coach to the session, staff, and search committee. Mike recently retired from a long, faithful, and fruitful career pastoring churches in the PCA. He is a former moderator of the General Assembly and now serves to help churches who are between lead pastors.  Mike also works in conjunction with Charles McGowan of McGowan Associates who work with churches in strategic planning and searching for new pastors.

We have been able to take steps to develop the "Enfolding" goal that was set in Vision 2021.  This is to help both new and current members to find a ministry within our Church where they can serve their church and community and grow and mature in their faith.  The original objective was to hire a Director of Connections to oversee the enfolding process.  What we have been able to do, rather than commit to the significant expense of a new full-time staff position, is to change Pastor Ken Langley's role from overseeing worship and communications to that of overseeing worship and enfolding.  Pastor Ken Langley's new Position Description is;  "Assistant Pastor, Worship and Enfolding".  Pastor Ken has begun development of a process to facilitate assimilation and involvement and is already assembling a team to facilitate the assimilation process.

We have hired Andrea Dugger on a part-time basis as Communication Coordinator to be responsible for the communication functions that were formerly a part of Pastor Ken's functions.

As a part of the PSCC each member of the pastoral staff has a "Champion".  The champion is an Elder chosen by the staff member to provide genuine spiritual encouragement and to serve as a trusted "sounding board" and advisor for the staff member and family.  With the recent hiring of Lauren Lockridge, we currently have champions assigned to six of our ministry staff.  They are Ron Aasland for Doug, Don Rayno for Ken, Dean Patton for Jennifer, Dale Walley for Alisa, Randy Berger for Eric, and Grant Buckner for Lauren.

Peace Church hosted the quarterly meeting of the Eastern Carolina Presbytery meeting on October 19th.  At that meeting Russell McCutcheon was ordained as a Teaching Elder.  He is the first African American Teaching Elder in our Presbytery. You will remember Russell when he preached for us on September 29th.  He will be an Assistant Pastor for Christ the King PCA church in downtown Raleigh as he works to plant Reconciliation Church in southeast Raleigh.

Session is pleased to announce that it has hired Greg Norfleet, an experienced pastor in our Presbytery currently without a call, to help Session and our congregation during this time of transition. This is a part-time, short-term position for a few months while Greg seeks God's full-time call to another pastorate.

You may recall that Greg preached at Peace on September 1. Greg and his wife, Cindy, were members of Peace Church while serving with Cru in the mid-90s. In 1997, Greg was ordained as a PCA Teaching Elder within our Presbytery, serving first as associate pastor of the Church of the Good Shepherd in Durham, then as co-planter/pastor of Christ Community Church in Chapel Hill. Along the way, he earned his doctorate in pastoral counseling from Westminster Theological Seminary; soon after, he helped launch Hope Counseling Services in Chapel Hill, where he currently serves as a biblical counselor.

In light of Greg's training and experience, Session is pleased to offer Greg's services to our congregation in multiple ways:

We are in the process of scheduling times for Greg to lead two engaging discussions: (1) a seminar called "Real Change" to help all of us grow in Christlikeness in the face of trials and temptations; (2) A seminar called "Loving Others as Saints, Sufferers, and Sinners" to help our Elders, Deacons, and Community Group leaders grow in our care for the congregation. Finally, Greg will also preach a few times during the time he is with us.

Greg is looking forward to serving you! So, please welcome him as you see him; reach out to him as you have needs; and pray for God's leading him to another pastorate.

10/20  Acts 3:1-11, Darrin Stone (Peace supported ministry)
Darin Stone is the new MTS Minister to the State Capitol in North Carolina. Darin holds a B.A.Ed. in Political Science from The University of Arizona and an M.Div. from Reformed Theological Seminary, Jackson. He has been ordained as a Minister in the Presbyterian Church in America since 2007, serving churches in both assistant and senior pastor roles. Darin and his wife, Melanie (a former missionary to Thailand with Mission to the World) have three children: Sarah (13), Luke (8), and Ryan (2).

10/27  Acts 3:12-26, Chuck Askew (Peace supported ministry)
Chuck Askew is the campus minister for Reformed University Fellowship (RUF) at North Carolina State University and Meredith College. Chuck is originally from Atlanta, Georgia, but became involved with RUF in his time at the University of Florida and spent 2 years as an intern with RUF at Mississippi State. After those two years, Chuck went to Reformed Theological Seminary in Jackson to get a Masters of Divinity. While there, he met his lovely wife Lauren, originally from Syracuse, New York, who was in the Marriage and Family Therapy program of RTS. After graduating in 2005, Chuck and Lauren moved to Conway, South Carolina to start the RUF at Coastal Carolina University (CCU). After four years at CCU, Chuck was called to serve as the RUF campus minister at North Carolina State University and has been happily serving students here since 2009. Lauren and Chuck have three children, Charlie, Norah and Sam.

Session has approved the annual revision to the Child Protection Policy.  This policy has been in effect for 6 years and is updated yearly.  All of the volunteers under this policy will be informed of the changes in the coming month.  The parents of the youth will also be receiving a letter next week that summarizes the current policy.  Session also approved  Karen Nicholas as a new Child Protection Policy Team member.  She is replacing Kim Wilkins who just completed a 3-year term on the Team

Currently, the Session is soliciting proposals from consultants to help guide them prior to the establishment of the Search Committee.  Once this work is completed, it is anticipated that the nomination process for the Search Committee will begin in December 2019 followed by a Congregational Meeting in January 2020 to elect the members.

Session has scheduled a local retreat for December 6-7, 2019 that will have Jim Newheiser as the speaker/leader.  He is the Director of the Christian Counseling program and Associate Professor of Pastoral Theology at Reformed Theological Seminary in Charlotte, NC.  The focus of the retreat will be on shepherding.

We will host the Wesleyan First Church of Deliverance for a joint worship service on September 2019 at 11am, to be followed by a fellowship meal. We will also have a guest preacher, Russell McCutcheon, a church planter who was recently licensed to preach in our Presbyery.

Session has approved a renewal of the Scouts' charter and is making plans to be more intentional to reaching to Scouts and their families as an ongoing ministry to our community.

Session has begun planning timelines and processes for the Pastoral Search Committee, likely to begin in early 2020.

Plans for a new playground are currently underway.

Session has approved Chris and Nicole Nichols for membership.

Evie Shackles will be baptized on September 29 at 11am.

Peace will host the next stated meeting of Eastern Carolina Presbytery on October 19.